BOSTON, Mass. (February 2017) – Boston Harbor Now, the largest and most comprehensive nonprofit dedicated to the preservation and improvement of Boston’s waterfront, harbor, and islands, announced today that Ann R. Klee of GE and Jeffrey Porter of Mintz Levin will join the organization’s Board of Trustees. Both individuals bring decades of experience to the intersection of law, business, and the environment and demonstrate a passion for protecting and promoting these Boston landmarks for future residents and visitors.

“We’re very excited to add Ann’s and Jeff’s creativity and dedication to the Board of Trustees, which has become a focal point for some of the most influential and generous members of the Boston community,” said Kathy Abbott, President and CEO of Boston Harbor Now. “The important work of this organization will be strengthened by their vision, leadership and guidance.” 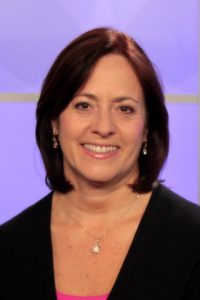 Ann R. Klee is Vice President of Environment, Health and Safety at GE, which last year announced plans to relocate its headquarters to Boston.  In 2016, she was also named the lead the GE Foundation, which has committed $50 million over five years to philanthropic causes in Massachusetts, primarily in Boston.

Prior to her work at GE, she was a Partner and co-chair of the Environmental and Natural Resources Group at Crowell & Moring LLP.  Klee spent over a decade in the federal government, including as General Counsel of the U.S. Environmental Protection Agency, Counselor and Special Assistant to the Secretary of the U.S. Department of the Interior.

“I have seen firsthand how important it is for natural treasures like the waterfront and Harbor Islands to have passionate advocates in the public and private sectors,” said Klee. “Boston Harbor Now is pursuing a vision for the sustainable use and development of the waterfront, harbor, and the islands that will protect these unique natural resources and set the stage for them to become the region’s next great public asset.  These resources can be enjoyed today because of the past efforts of Boston Harbor Now, and I’m looking forward to continuing this work for future generations.” 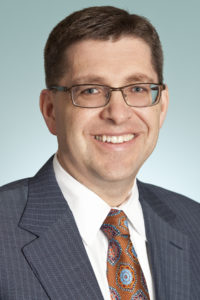 Jeffrey Porter is a nationally recognized environmental attorney and the Chair of the Environmental Law Section at Mintz Levin, a full-service, general practice law firm headquartered in Boston. With nearly three decades of experience in environmental law, he has navigated clients through complex regulatory, political, and technical challenges associated with environmental protection and management.

In addition to his legal work, Mr. Porter has served in senior advisory and management positions at the Massachusetts Environmental Trust, MassDevelopment, the Nature Conservancy, and the Boston Harbor Island Alliance. Mr. Porter has also frequently been called upon by legislative and executive agencies in Massachusetts for his expertise on environmental and governmental issues.

“As a longtime advocate of the Boston Harbor Islands, I am thrilled to join Boston Harbor Now’s Board of Trustees and continue promoting and protecting what I view to be one of this area’s most treasured resources,” said Porter. “The Harbor Islands, along with our waterfront and waterways, have become prized destinations thanks to the important work of this organization- work which I hope to continue.”

Boston Harbor Now is a new civic nonprofit dedicated to ensuring a vibrant future for Boston and the region through our harbor. As a new organization, resulting from the merger between the Boston Harbor Island Alliance and The Boston Harbor Association, Boston Harbor Now is navigating the future of the harbor with goals of more open space and recreational, cultural and social opportunities accessible to all our residents and visitors; an expanded and integrated water transportation system; an innovative working port, and mixed-use development that is a model for climate change resiliency. Working in collaboration with public and private partners, our mission is nothing less than to be the primary steward of the city’s next great social, economic and cultural public space.