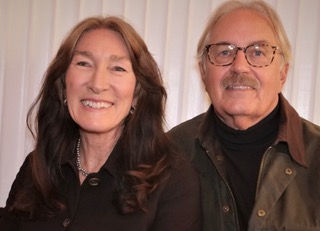 How did you get involved with Boston Harbor Now?

It goes way back, Kathy Abbott and I were working together for the Department of Conservation and Recreation. Kathy was leading a study to make the Islands a State Park and I was managing the design to restore Long Wharf. When I started my own consulting business, the National Park Service hired us to determine whether the Boston Harbor Islands were eligible for inclusion in the park system. During that time, I facilitated the creation of the Boston Harbor Island Alliance as the official nonprofit group to support the Park Service and the Islands. After great collaboration with legislative leaders, the community and businesses, the Islands were designated a National Park on November 12, 1996. Although I have since moved to San Francisco, I stay involved because I love the Islands and the Harbor.

How and when did you decide to make a planned gift to Boston Harbor Now? And what do you hope your gift will accomplish?

Kathy called me about a year and a half ago and said Boston Harbor Now was launching a Planned Giving program, and asked me to consider making a gift. Without hesitation I said, “Absolutely!” I checked with my husband, Bob, and he was 100% behind it. He was one of the founding board members of the Boston Harbor Island Alliance, so he has a soft spot in his heart for the Islands too. The gift is unrestricted, so it’s to be used however it helps you the most. I feel good knowing that there was a way to pass on money to support Boston Harbor Now in the future.

What would you say to someone considering a planned gift to Boston Harbor Now?

There are so many good reasons to give. Boston Harbor Now represents broader interests than ever before. In partnership, they provide public access, a wide array of programs and promote general enjoyment of the harbor and waterfront. I think planned giving is a wonderful opportunity for people who want to give but just don’t have the resources in their lifetime. I wish it wasn’t deferred—but I’m so happy to have the opportunity to commit my resources to the future of a place I love.

A gift in your will or estate plan protects Boston Harbor for future generations. For more information, contact Jack Garvey, Interim Director of Development at jgarvey@bostonharbornow.org or 857-246- 9430.