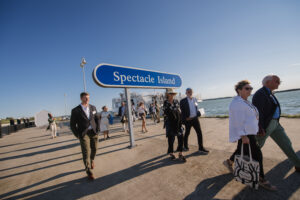 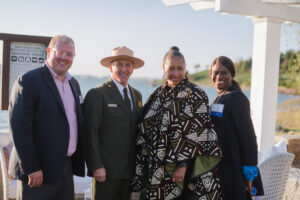 Special honorees of the evening were Cathy and Jim Stone, founders of the James M. and Cathleen D. Stone Foundation, honored by speaker after speaker for their generous support of the Harbor Islands State and National Park and the creation of the Stone Living Lab. The researchers and partners of the Lab conduct transformative research and outreach to make vulnerable coastal regions adaptive to climate change and test innovative, nature-based approaches to climate adaptation, coastal resilience, and ecological restoration in and around Boston Harbor.

Among many tributes to the Stones, former Massachusetts Governor Michael S. Dukakis sent a letter calling them “two of the finest people [his wife] Kitty and I have ever known.’’ Superintendent Creasey praised the Stones as “two people who are amazingly kind, generous big givers and doers.’’

“To face this climate crisis, we will need exactly the kind of values and work that we celebrate here tonight,’ said Rev. White-Hammond. “We will need not just a new response to climate change, but a new ethos for how we relate to and care for this world around us that gives us life.” 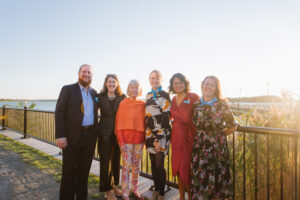 Senator Markey said: “Tomorrow, we go right back to work—but tonight, we celebrate!” And after enjoying delicious hors d’oeuvres, fresh local oysters, and other refreshments, attendees did just that—ending the cocktail hour and speaking panel with a lively, impromptu dance party to the music of performing artist Miranda Rae before the final ferry brought partygoers back to Long Wharf.

Noting the 50th anniversary of the Harbor Islands becoming a state park and the 25th anniversary of their becoming a national park as well, Cathy Stone said, “If there’s ever a project that required a partnership to come to fruition, it’s this one—and what a success story it has been.’’ Remembering the legacies of former governor Dukakis, Congressmen J. Joseph Moakley, and Gerry E. Studds, and Mayor Thomas M. Menino in creating the state and national parks, Cathy added: “There will be future heroes that you will be honoring for the work they, too, are doing and will do … I am confident that long into the future, we will protect our wonderful islands and our beloved city.” 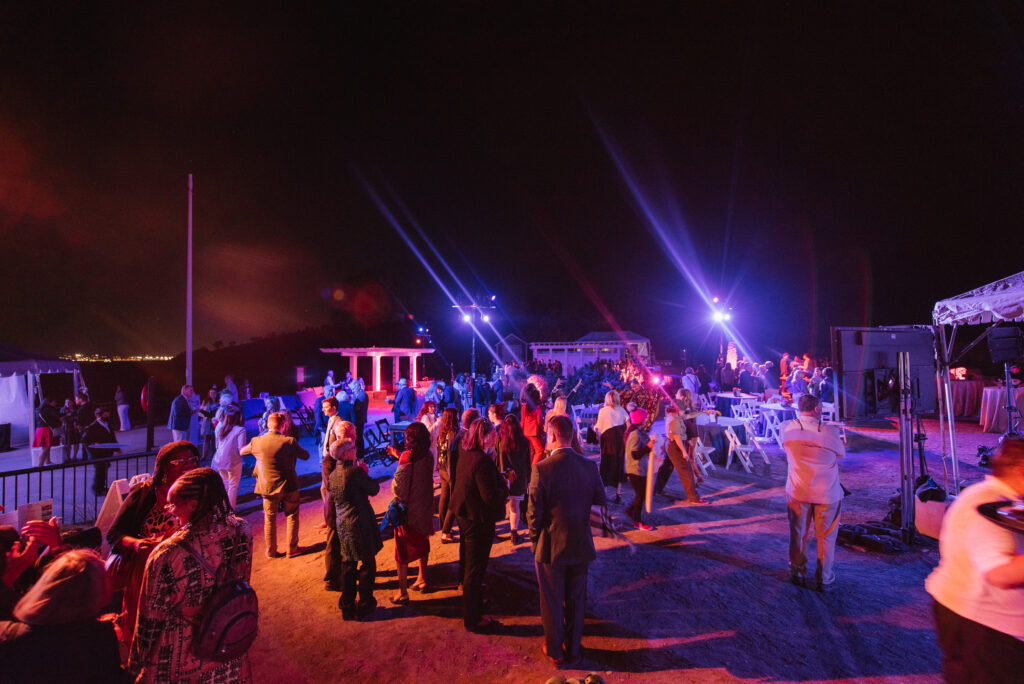