Two new Harborwalk interpretive signs, with content provided by Friends of the Boston Harborwalk (FBHW), were recently installed at Harborview condos next door to Spaulding Rehabilitation Hospital in Charlestown.

One sign tells the story of the U. S. Navy’s wooden ships that were transformed into floating barracks during the second half of the 19th century—including the U.S.S Constitution. With the deployment of iron-hulled battleships, the older ships were given new uses at the Navy Yard. 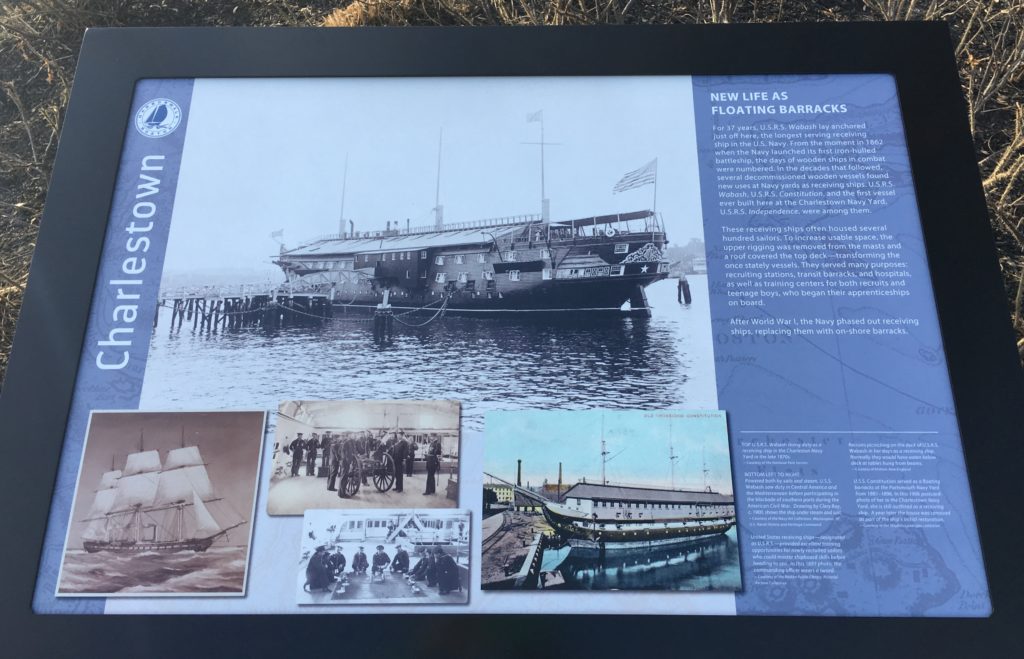 The second sign focuses on the Massachusett tribe when they lived on what English settlers would name Charlestown. The native people called the area Mishawum, meaning “Great Springs.” The FBHW signage committee has looked for key places along Boston’s waterfront where the Native American story can be highlighted, and found one at this point of land in Charlestown. Liz Nelson Weaver of FBHW notes, “I worked closely with the Massachusett Tribal Council, in particular Ren Green, Medicine Sac’hem, to develop the text for this sign, and I also followed council members’ suggestion for the main image.” 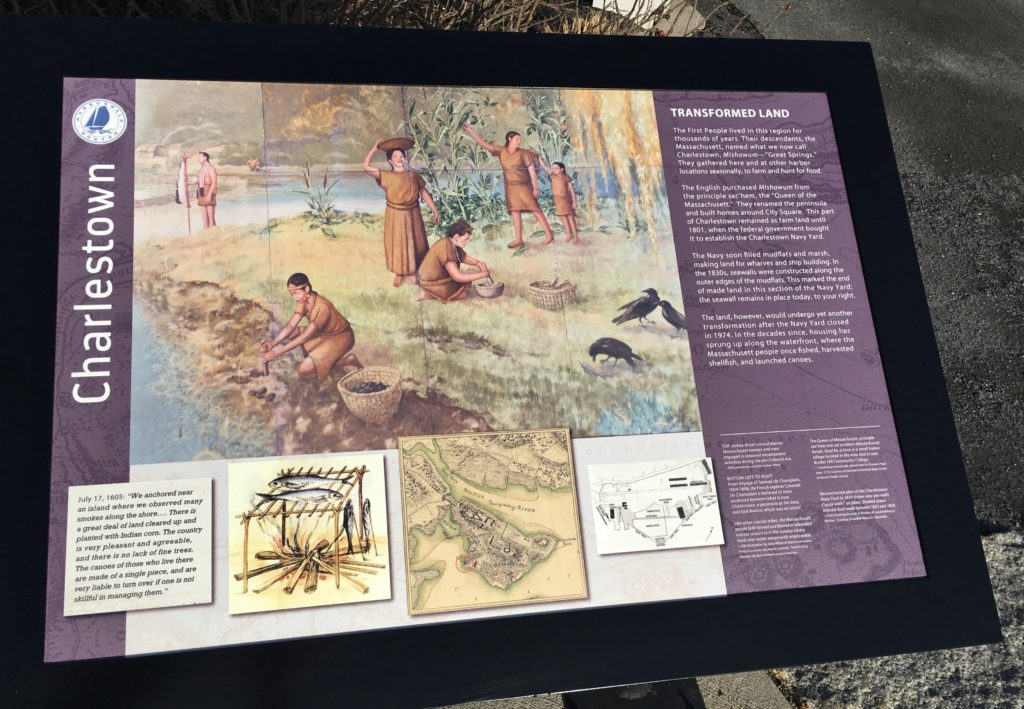 Six additional Harborwalk signs are in production, to be installed in East Boston, and another nine are in various stages of development.  Three completed signs can be visited in East Boston.

Boston Harbor Now 2018: By the NumbersNew Recreational Vessel Moorings Planned for the 2019 Season